The 30mph winds made me work hard this morning. That was good for me since I sat on my butt for the rest of the day. I felt for the cyclists who participated in the Ronde van Palouse today. I'm sure they had a rougher time than I did being out in the open with no respite from the gales. I hated to miss that as well as the Spokane Bike Swap today, but I had another commitment.

Most of the attendees at the Region 10 Society of Professional Journalists conference were college students. During a session on social networking, the presenter (also young) compared the computing power in smart phone with that of a ship that went to the moon. "That was Apollo 17, right? Yeah, Apollo 17." I looked around the room and, figuring I was the only person who not only knew it was Apollo 11 but was alive when it happened and remembered watching it on TV in living black and white, decided against risking being designated as the conference historian and kept my mouth shut. Besides, they could always look it up on their smart phones, right? 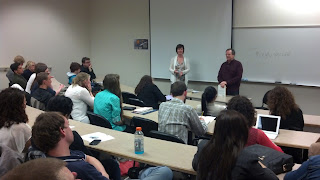 It was a real treat to hear from Spokane authors Sherry Jones, The Jewel of Medina, and Jim Kershner, Carl Maxey: A Fighting Life, and the paths that took them to writing their respective books. 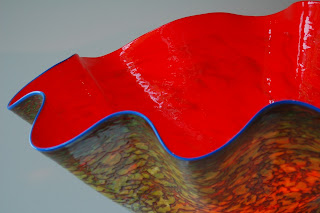 During the lunch break I took advantage of the available time and visited the Chihuly glass exhibit at the Jundt Art Museum. Dale Chihuly has created some awesome works. 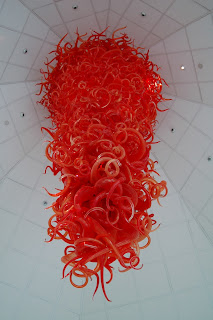