New York City Mayor Bloomberg thinks we need to change our interpretation of the Constitution.

“The people who are worried about privacy have a legitimate worry,” Mr. Bloomberg said during a press conference in Midtown. “But we live in a complex word where you’re going to have to have a level of security greater than you did back in the olden days, if you will. And our laws and our interpretation of the Constitution, I think, have to change.”
...
“It really says something bad about us that we have to do it. But our obligation first and foremost is to keep our kids safe in the schools; first and foremost, to keep you safe if you go to a sporting event; first and foremost is to keep you safe if you walk down the streets or go into our parks,” he said. “We cannot let the terrorists put us in a situation where we can’t do those things. And the ways to do that is to provide what we think is an appropriate level of protection.”

So called reinterpretations--considered by many as violations--of the Constitution have been going on for quite some time now. Enhanced interrogation, indefinite detention, warrantless surveillance, and ridiculous security theater at airports, all in the name of fighting terrorism and keeping us safe. 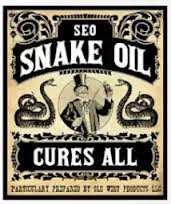 But we don't concern ourselves with that because fear is foremost in our mind pushing rational thought aside. Something bad happened there. Could it happen here? Stay tuned. Hence the increased security planned for Bloomsday--just to be safe.

"Just to be safe," we say, rubbing the liniment on and hoping nobody asks, "Does this shit really work?"
Posted by Hank Greer at 7:53 PM

Bloomberg is still Mayor of the United States, but most of us can't remember the election.

We could make downtown Spokane more safe for babies if we turned off the anti-teen mosquito whistles. What we can't hear, what annoys the teens, was driving a toddler in a stroller crazy the other day. Her mom was oblivious and thought the kid was screaming and grabbing her ears for no reason.

I think there's a metaphor in there somewhere for Mayor Bloomberg and Mayor Condon.

Well, at least the skeeters have the makings for a good Spokesman headline:

Next up: How should the city lure young families downtown?

So, looks like most of what the feds and Boston Police told us already looks not true:

No 711 robbery by the suspects.
A single pistol.
No gun in the boat, no final gunfight.
The MIT officer evidence is conjecture and an inconclusive video.
Was there a suicide vest?
No suicide attempt in boat?
Was the younger brother shot trying to surrender?
The FBI was "surprised" by the federal court's appearance? So they were never going to Mirandize?

Despite the claims of overwhelming evidence of the nature and extent of the younger brother's involvement, it is starting to look like his preMiranda testimony may be vital for a capital conviction. And now, it's excluded. Total incompetence, at top dollar.

I keep thinking of McVeigh's arrest by a lone state trooper who Mirandized him. McVeigh is dead.

McVeigh was also armed and dangerous. He was, in fact, arrested because he had a concealed handgun without permit ( he was stopped for tags). But, the trooper didn't know he was a bombing suspect, so that aspect is a bit different. The trooper probably would have called backup had he known. McVeigh probably gambled he'd clear out of the jail and be on his way, and didn't take the risk of a firefight.

Still, you have to wonder whether the army-style pursuit of the Tsaraevs may have complicated the capture, particularly for the younger brother. The unexamined assumption is that maximum force is the safest option. However, armies of cops in tanks and semi-automatic weapons etc also presents risks, not just to the suspects. The police admit now that the large majority of rounds fired were police rounds, and all fired in densely populated urban neighborhoods. In retrospect at least, they were firing at suspects with non-tactical explosives with limited utility in a fire fight, and perhaps a single pistol.

If police procedures delay surrender, that also represents increased risk. We seem to have lost sight that risk is a balancing act--that massive force also comes with risks, just as too little force increases risks. We also seem too uncritical of the role of misinformation in the Boston approach. There also appears to have been a lack of disciplined, coordinated response at the boat (which should have been a far more controlled and less chaotic scenario than the firefight).

The FBI's pre-Miranda interrogation and leaks just seem self-defeating and meant to be prejudicial. I take it that they haven't tied the younger brother in as tightly as they wanted.

To me, the mysterious drama was a federal judge showing up and interrupting a mysteriously odd and lengthy interrogation.

My question is whether the FBI had something out there prior to the bombing--a person, a website, something that the older brother had met or seen--and they wanted to see if the younger brother knew about it. Could the FBI have played an unintentional incitement role?

Given the information coming from the Russia and then the CIA, and the FBIs changing denials of surveillance of the olderr brother...hmmmm. You don't have to be a right wing conspiratorialist to wonder if deviance in procedure might serve more than just a public safety agenda.

Let's try it out: Misha the Armenian is an FBI agent or asset.

If so, though, the FBI motive could be to preserve Misha as an asset in other investigations, whether or not Misha inspired the bombings. Maybe that was Napolitano's hint. Maybe the CIA is letting FBI twist a bit in the wind because they're pissed about being out of the loop.

I don't have that much trouble with the official line though. The older brother did seem increasingly disaffected. Undoubtedly he stumbled on FBI-jihadi stuff, but that doesn't mean there isn't other jihadi stuff out there.

I need an explanation for the younger brother's involvement, which seems punctuated even during the last days.