Steph has one more year of school and then it's off to college. But which one? Well, we need to check a couple more of them out. We drove down to Eugene on Friday to visit The University of Oregon. 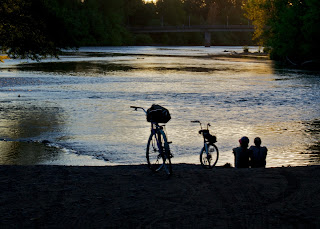 Eugene has great paths and parks along both sides of the Willamette River. I snagged this picture of a couple sitting on the bank. Kathy and I walked across the bridge in the distance to a park where the first day of Hempfest was happening. The odor of...incense...yeah, incense was in the air. And there were lots of happy people. 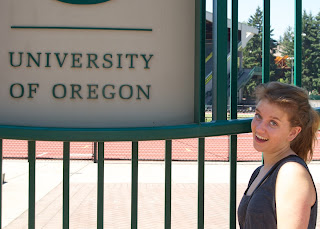 Our school visit was on Saturday. The U of O campus was smaller than I expected for having 25,000 students, but it seems like a good school. 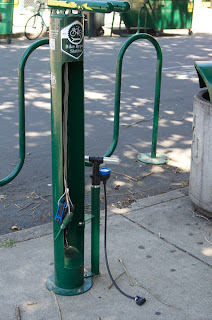 Of course, I had to notice all the bike lanes, bike paths, bike racks, and bike maintenance stations. Why would you drive a car in Eugene?

That evening we went to Portland just to hang out. We walking around downtown to take in the sights. 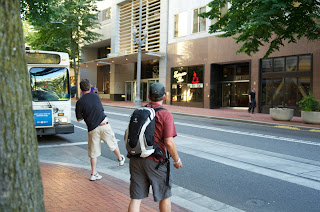 These two guys were playing an urban form of bocce. One would throw the pallino (white ball) across or down the street and then they'd take turns throwing their balls and try landing them as close to the pallino as possible. The balls were like large hacky sacks. They would bounce and roll a little but not too much. 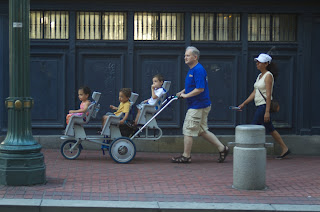 I hope this couple is saving up for college. 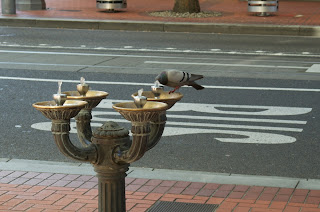 As if you needed one, here's another reason why you should not drink from a public water fountain. 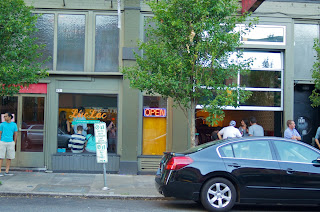 A friend of Steph's recommend eating at the Luc Lac Vietnamese Kitchen. We were not disappointed. The food was awesome and plentiful. I ordered a Thai iced tea with my meal. I had no idea what a That iced tea was. 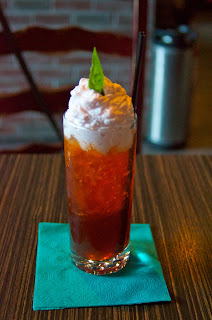 This is a Thai iced tea. 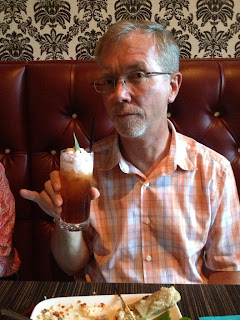 You look shaken, not stirred, to have another kid in college.