The Things You Find On A Bike Ride

I took the Children of the Sun Trail to work this morning and discovered a van parked on the trail near the Mead trailhead. 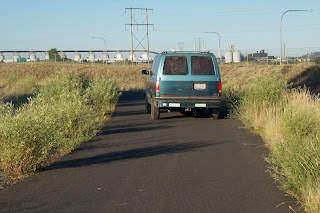 And it was kind of funny looking. You know, in a general sort of way. There was "RIP IOU a Car" painted on the back windows, damage all around, the inside was all tore up, and a motorcycle helmet was lying on the ground nearby. Safety first? 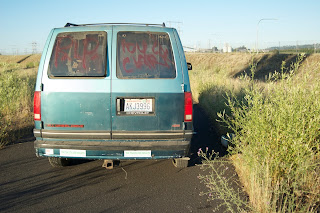 So anyway, what kind of trail to these people think we have here? We don't arrange something like this around here.

So I called it in.


I called Crime Check and told the operator about the van and where it was. She had no idea what or where the Children of the Sun Trail was so I rode about 100 yards to the Mead trailhead and gave her the nearest street: Chatham and Wilson. 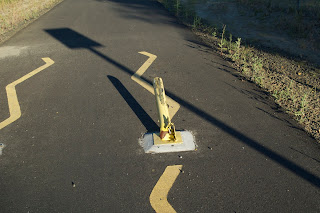 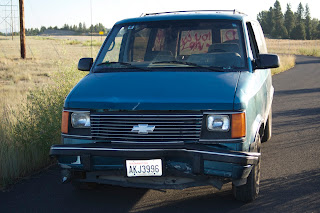 The damaged bollard told me a Chevy Astra van this way came. I returned to the van and gave her a description of the vehicle and the license number. The NATO spelling alphabet I learned in my Air Force law enforcement days--back when Pink Floyd was on it's Wish You Were Here Tour--returned to me like riding a bicycle.

"Washington plates, alpha-kilo-juliet-three-nine-nine-six," I tell her. 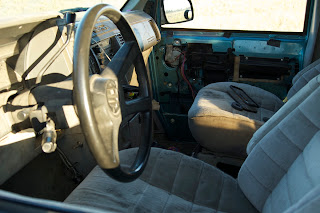 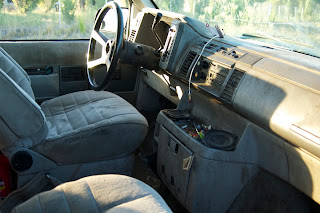 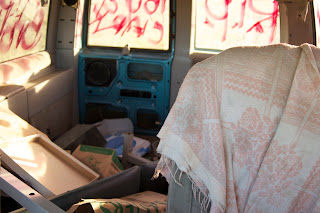 That took me a couple of seconds to process before answering, "Yes."

My civic duty completed, I was free to leave so I headed on to work. Farther down the trail I found a chunk of metal. Was it from the van? I don't know. But it wasn't there yesterday. I pushed it off to the side. The rest of my morning ride was pretty routine. One car almost hit me and I greeted several cyclists and runners with, "Good morning."

They're wearing hooded parkas and acting chilled but the snow is melting in big puddles...