Nine of us showed up for John's ride this morning. It was a balmy 26 degrees and the sun peeked out from behind the clouds a couple of times to cheer us on. Four of the nine bikes were Elephants, a good representation of "buy local". We followed the same path as last year with one exception. It's called Patrick's hill. There's a climb that starts near the TJ Meenach Bridge that goes up the side of the hill instead of up Pettet Drive (Doomsday Hill). It's steep and unrideable. Patrick can have his hill. A little over three hours into it we reached our destination, River City Red brew pub on Cedar just south of First. Gage Stromberg opened up early for us and we tried out several very tasty beers. Gotta love the Child's Portion.

** Update: Here's the route we took, Garmined by Scott. 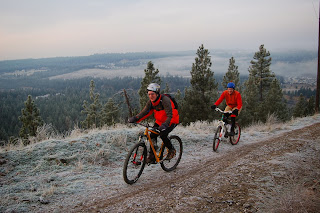 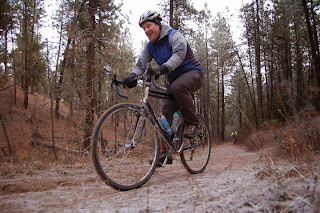 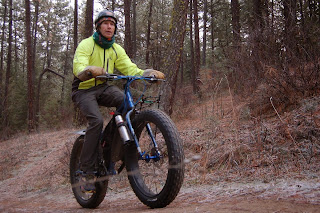 Eric on a fat bike outfitted with a thermos carrier on the fork. 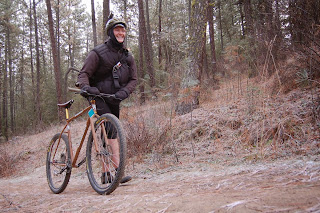 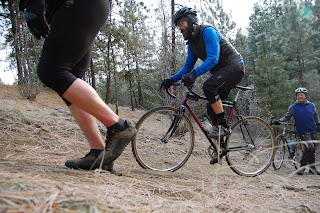 Dylan climbing while the rest of us walked. 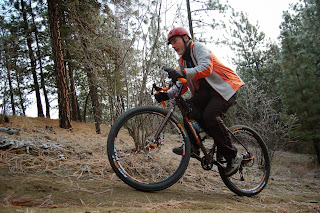 Scott was injury free this year. 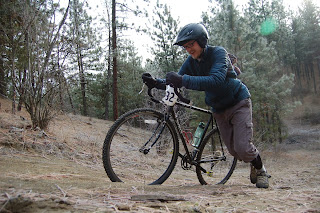 Tony on his first BFBR. 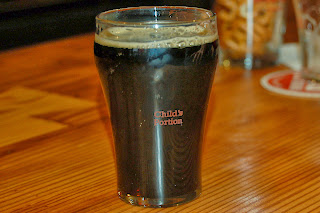 This is cool -- a four ounce taster. 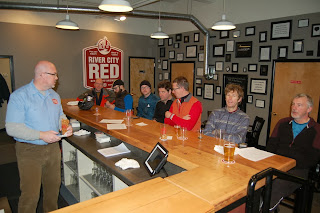 First customers of the day!

thanks for the great pics!