I think we're going on 14 years now of hosting a gingerbread house party on the Saturday after Thanksgiving. It's a calmer event now since all the kids and cousins are grown. But the creativity is still going strong. 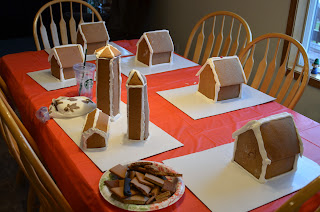 One of these things is not like the other. Steph "had a vision" and went with a Medieval village theme. She formed, cut and baked her own pieces... 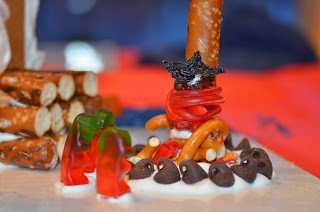 ...and in keeping with the festive season, included a witch being burned at the stake. She also had Rapunzel letting down her hair from the tallest tower. 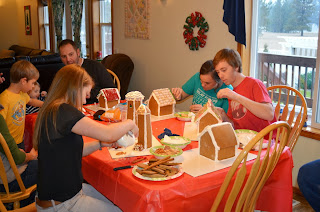 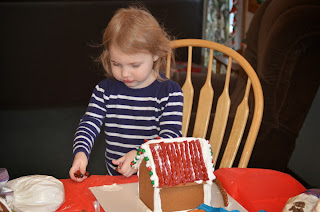 Young cousin Olivia on the path towards a sugar high. 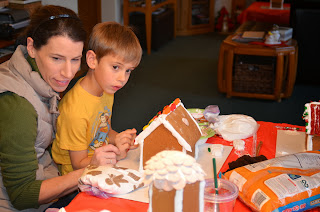 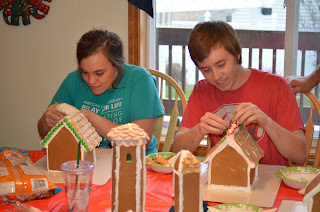 Amanda and Josh in a friendly competition. 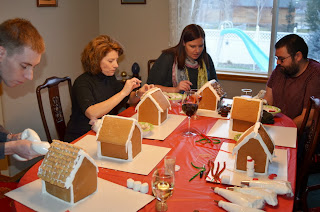 The grown up table. 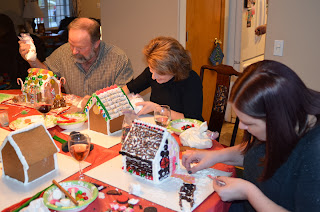 The spit personality house in the foreground by Paul and Christy. Mike, thinking ahead as a grandpa, attached only wrapped candies so his grandkids can help themselves when they come to visit at Christmas.