I Was In A Fight Tonight

A bike fight. And I got my ass kicked. Twice. This time they kept track of everyone's distance instead of doing a single elimination for the first round. If you lost you could still go on because the top distances moved on to the second round.

Just my luck, I drew Alan Jacob for my race. My cyclocross and Midnight Century friend, Brian, drew Mike Gaertner. Alan and Mike are animals on the bike so Brian and I knew we were both going to be one and done. 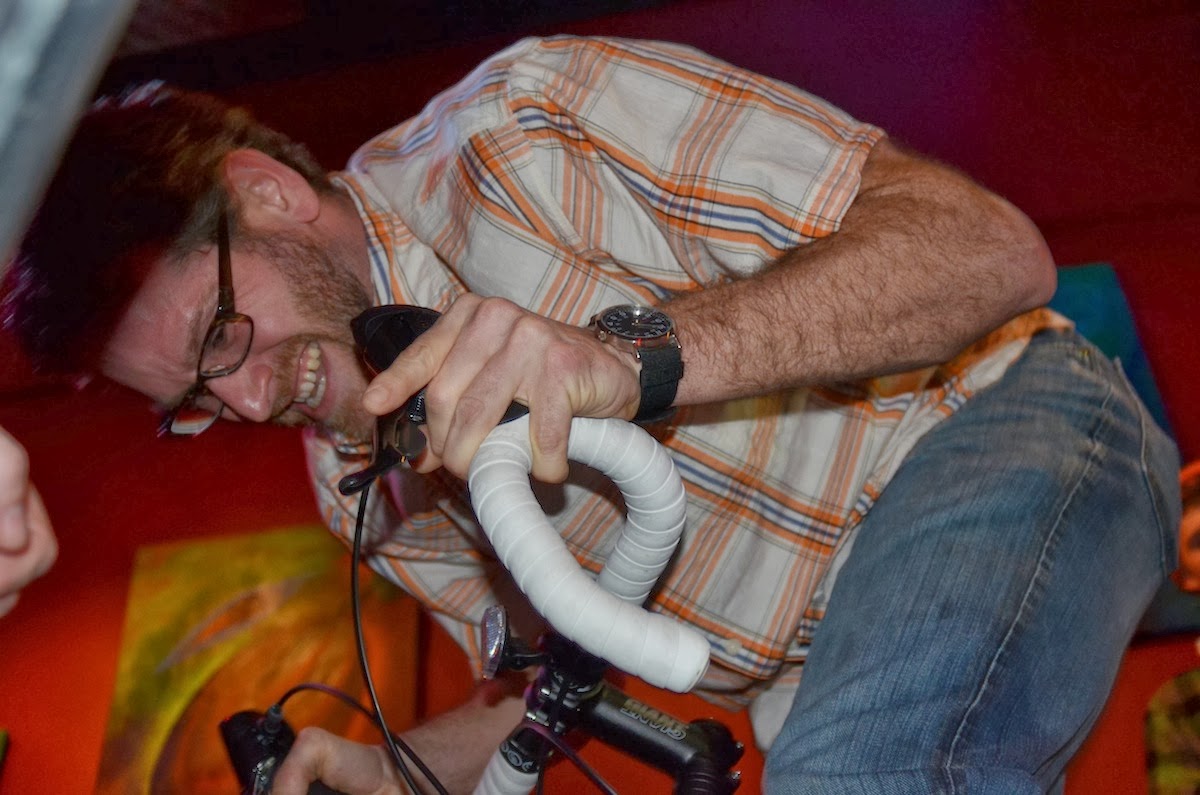 This is what Alan looks like when he's kicking my ass. 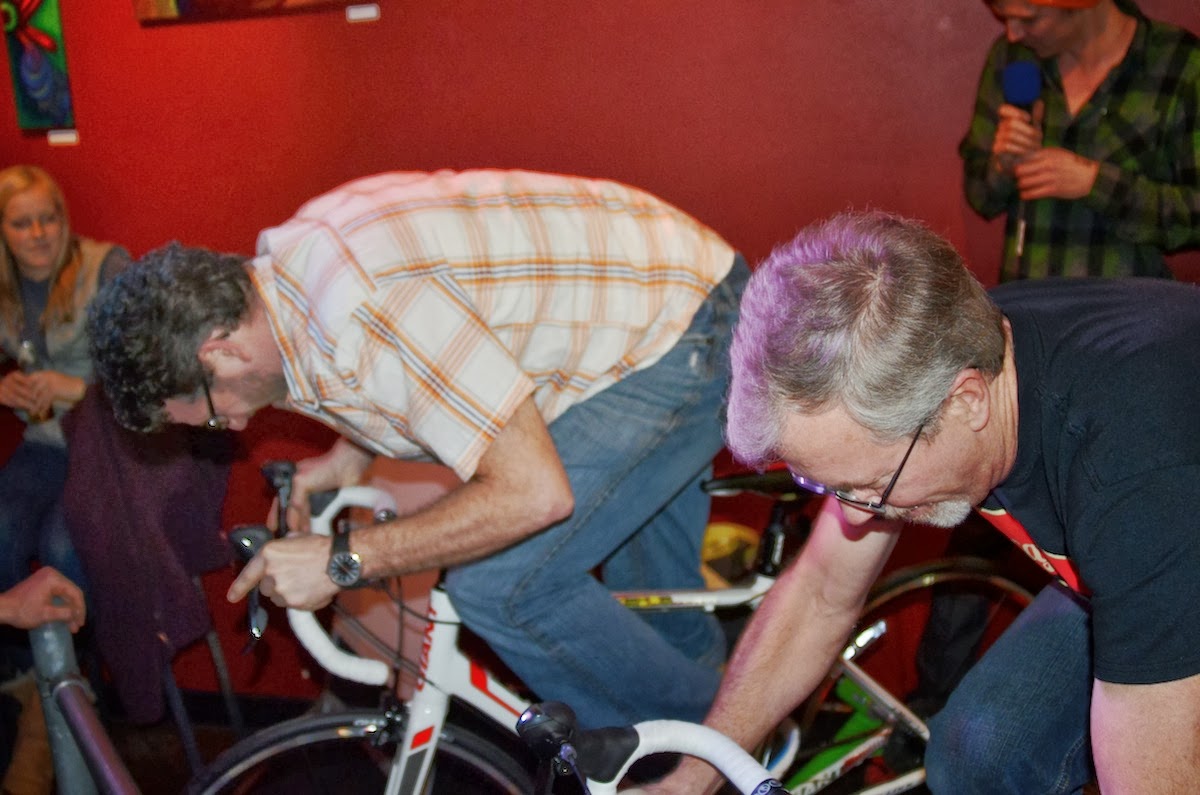 I surprised myself and traveled .45 miles to Alan's .47 so I was pretty happy with the race. Although, to be honest, I think Alan was holding back. Probably conserving his energy, which would be the smart thing to do. In the meantime, the top guys were doing .51 and .53 miles. In the second round, one of the guys left because he wasn't feeling good. The first round results were checked and the next longest distance was me and another guy tied at .45. We did rock-paper-scissors and I won the right to race again. This time against Andy Anderson.

The second race was brutal. My legs were full of lactic acid and I had just drank a beer. Alan was kind enough to hold on to my front wheel and cheer me on.

"Don't slow down, Hank! He's a triathlete and he's better looking than you!"

Alan would make an awesome coach. 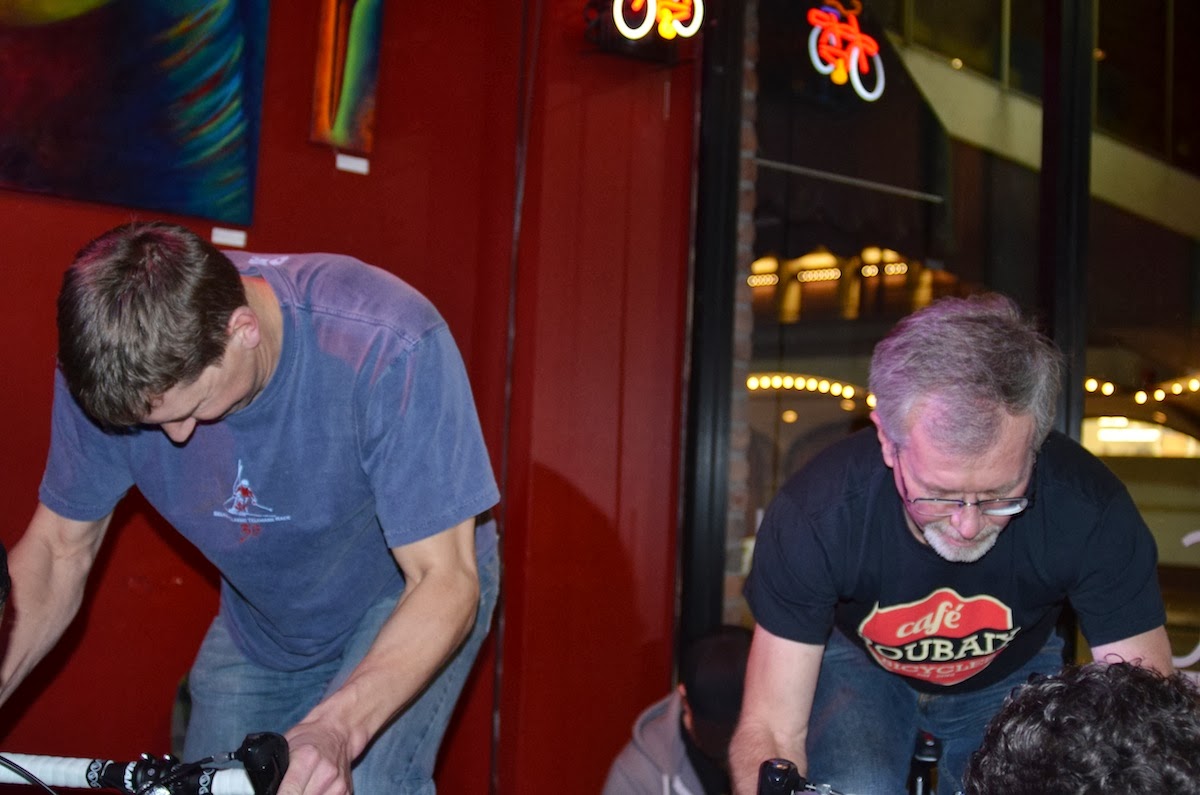 The worst part was when they called thirty seconds. Only halfway done? Please, please hurry and count me down to zero. What a relief when that finally happened. My legs were burning up. Andy not only beat my ass, but he won in the third round, where he beat Alan, and then ended up in the final race where he was topped by David Holden.

This was fun. Kathy says she'll go to the next race and try it out. 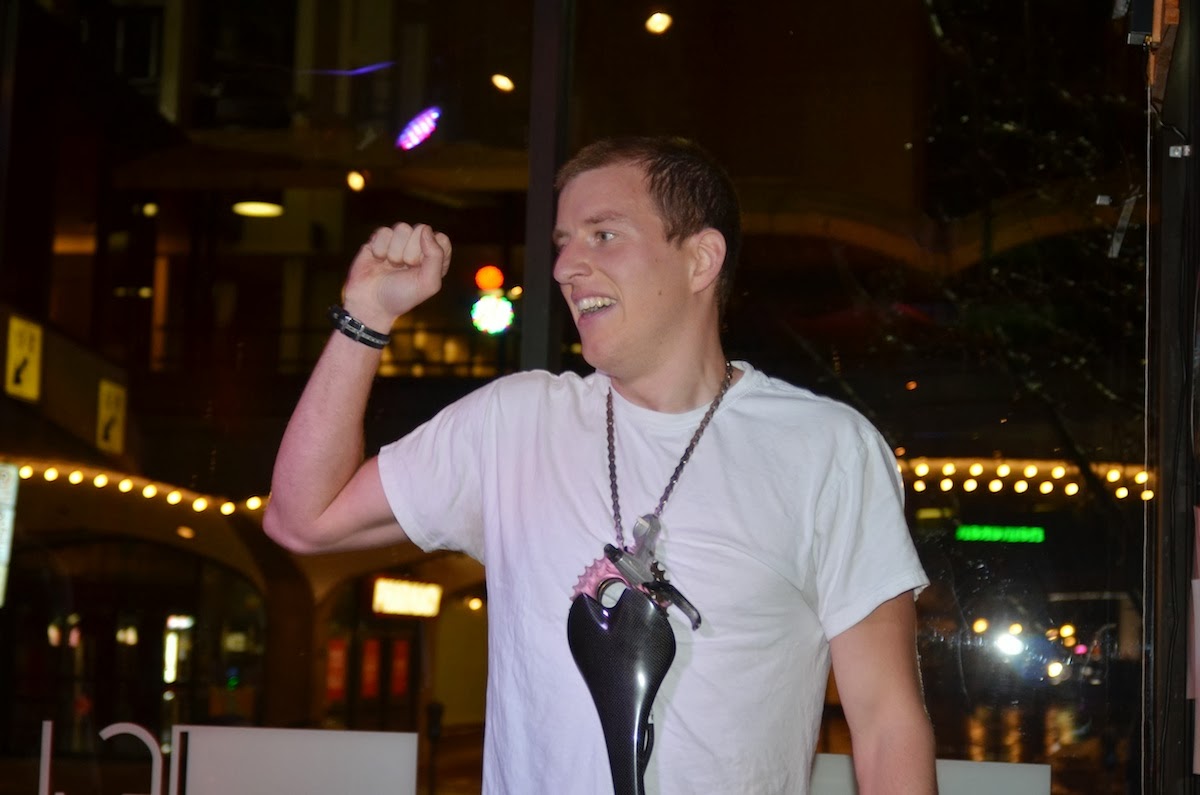 The new champion. An exhausted David Holden.
Posted by Hank Greer at 11:35 PM

I want some of that action!

First Wednesday of every month, John. Find an excuse to come to Spokane on Feb 5.

Or get with a bar and a bike shop to start that up near your home. :-)