It's Good To Be King

Senior United Stated District Judge Jed Rakoff (Southern District of New York) is an expert on white collar crime. In a piece published with The New York Review of Books he points out the lack of criminal prosecutions related to the financial crisis that brought on what we now call the Great Recession. He looks back at Enron, the savings and loan crisis, and other fraudulent activity and wonders.

In striking contrast with these past prosecutions, not a single high-level executive has been successfully prosecuted in connection with the recent financial crisis, and given the fact that most of the relevant criminal provisions are governed by a five-year statute of limitations, it appears likely that none will be. It may not be too soon, therefore, to ask why. 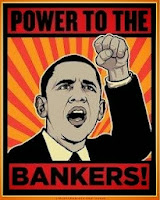 But the stated opinion of those government entities asked to examine the financial crisis overall is not that no fraud was committed. Quite the contrary. For example, the Financial Crisis Inquiry Commission, in its final report, uses variants of the word “fraud” no fewer than 157 times in describing what led to the crisis, concluding that there was a “systemic breakdown,” not just in accountability, but also in ethical behavior.

Judge Rakoff explains the issue well, but he's looking primarily at possible weakness in our government in not pursuing possible criminal activity on the part of individuals.

Matt Taibbi over at Rolling Stone magazine writes about a related issue: banks not being prosecuted for laundering money for terrorists and drug cartels.

Flooring politicians, lawyers and investigators all over the world, the U.S. Justice Department granted a total walk to executives of the British-based bank HSBC for the largest drug-and-terrorism money-laundering case ever. Yes, they issued a fine – $1.9 billion, or about five weeks' profit – but they didn't extract so much as one dollar or one day in jail from any individual, despite a decade of stupefying abuses.

A common thread between these two articles is the government's concern that prosecution could harm the world economy. Unfortunately, it makes ripping off the people and laundering money appear to be an acceptable harm.
Posted by Hank Greer at 9:40 AM

While Obama has refused to prosecute bankers, he has used the FBI, DHS, the NSA, fusion centers, and state and local police to both suppress protests of illegal bank avtivities and to spy on protestors for the banks' intelligence services.

Isn't this kind of great?

So, the banks committed massive fraud leading to economic collapse, evaded prosecution, and got a bailout with costs passed to citizens.

Oh no, the banks got scruples on that shit.