No, it's not a new New Year's drink. Or maybe it is and I just don't know. Taking advantage of the sunshine, I was out taking photos when I heard a loud crackling noise behind me. I turned around and caught the tail end of a roof collapse. There's rarely anyone at this building but I went over anyway to check. No recent tracks of any type so I don't think anyone was inside. I called the Sheriff's Office anyway to let them know. 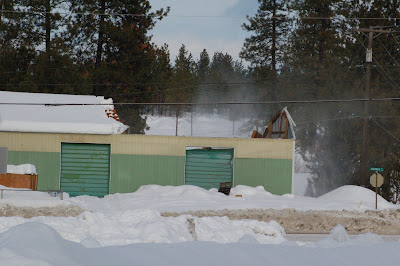 The roof went down in a second. 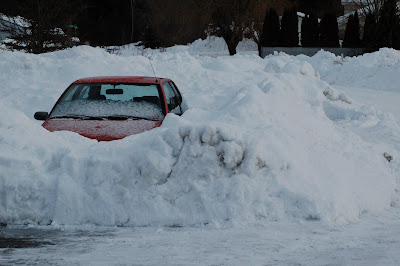 It's okay. We're gonna put the chains on. 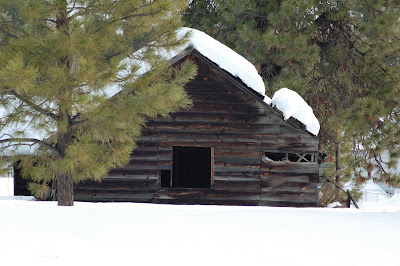 Abandoned and collapsing.
Much like the rule of law for the last eight years.
I know, I know. I just couldn't resist.
Posted by Hank Greer at 11:23 AM