Another Problem For Our Youth To Solve

A study of the cost of incarceration (here is the 12-page PDF) by the Center For Economic and Policy Research shows how much it costs us to be as tough on crime as we are. 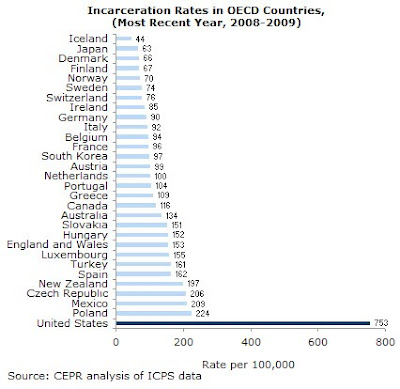 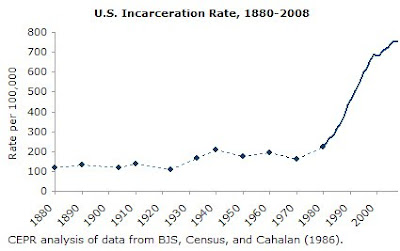 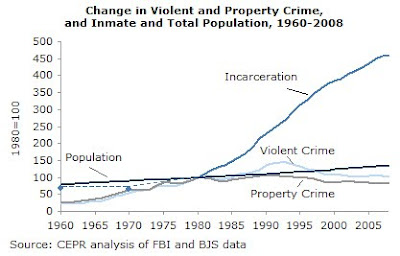 We imprison more people than any other country and we're paying for it--in more ways than one.

Stricter sentencing policies, particularly for drug-related offenses, rather than rising crime, are the main culprit behind skyrocketing incarceration rates. The last three decades have seen the implementation of new “tough on crime” policies such as three-strikes laws, truth in sentencing laws, and mandatory minimums. These laws have led to a significant increase in the number people who are incarcerated for non-violent offenses. Arrests and convictions for drug offenses have increased dramatically over the last three decades, with non-violent drug offenders now accounting for about one-fourth of all offenders behind bars, up from less than 10 percent in 1980. Additionally, during this period, the criminal justice system has moved away from the use of probation and parole. As a result, convicted criminals today are much more likely than in the past to be sentenced to prison or jail, instead of probation, and to serve longer terms, with less chance of being released on parole.
Posted by Hank Greer at 9:24 AM