It seems we never stop noticing how quickly the time flies. Thirteen years ago we moved into our brand new house and the first order of business for one young man was to use a pencil to draw a line connecting each location where he wrote his name--all over the freshly painted white porch railing. I imagine Josh was marking this as his home.

That fall saw Josh started kindergarten at Farwell Elementary. For seven years he flourished and blossomed and made his subtle and humorous rebellious nature known. So subtle, in fact, that we didn't hear about these things until well after the fact. 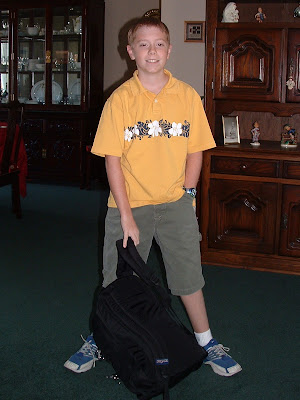 If you get in trouble during recess at Farwell then you have to stand by "the wall" until you are released by a recess monitor or until recess is over. Josh would stand by the wall as if he was being punished. One of the monitors, not knowing what Josh had done, would approach and ask him.

"Nothing," Josh would reply.

"Don't lie to me because I'll find out."

And so the conversation would continue.

There was the sound-activated red light in the library that Josh would get to just barely flicker. In P.E. they had a test in which the kids had a certain amount of time to run to the other side of the gym. The time period grew shorter with each turn. If you didn't touch the opposite wall before the beep, then you were out. Josh decided he could start out walking and then gradually pick up speed with each turn, always making it to the opposite side just in time. And all the while Mrs Aubrey would be yelling at him, "Josh, you're doing it wrong!" Well, yes and no. 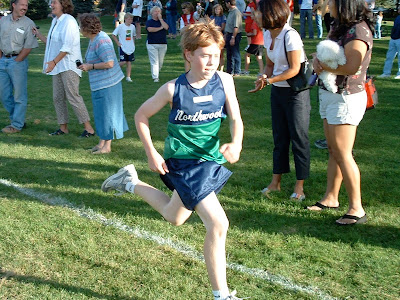 His two years at Northwood Middle School sped by. (There I go again.) During a field trip to Finch Arboretum, each student was to collect five items to glue together in a collage. Josh collected the requisite leaves, etc., and a 10-pound rock. While all the other students' collages were displayed on the hallway wall outside the classroom, Josh's rock, complete with attached acorn, twig, and leaves, became the doorstop. To this day, the teacher now tells the students that the five items they collect must fit within a ziplock bag "because one year I had this one young man...." Josh is legend. 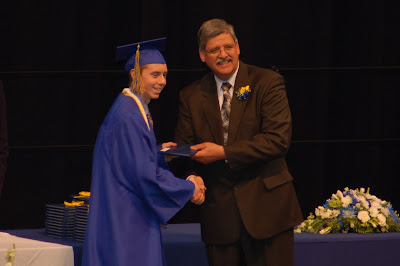 Josh's uniqueness continued on through high school. Who can forget Black and White Day? And Rabble, Rabble, Rabble as well as playing with fire. That's just the stuff he did at home. I'm sure I haven't heard about everything he did at school. That always comes later. And yet, given all this, it almost seems contradictory that someone like Josh would ask permission to skip school. Go figure. 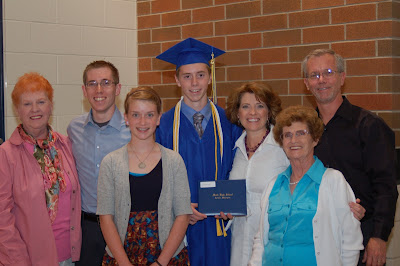 Last night Josh completed the last chapter of his 13 years of school. Here he is with both grandmothers, mom and dad, and brother and sister. This fall he's off to the University of Washington where he'll be a single body in a sea of students. I have no doubt he will make his mark there, too. 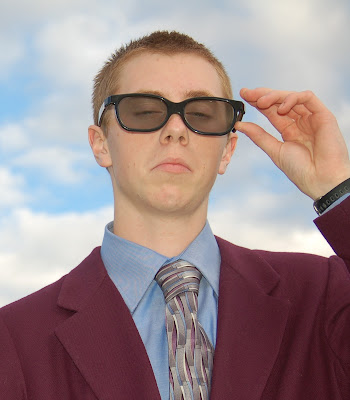 Here's to a young man who is quietly and resolutely not afraid to be himself. (Yes, those are 3D glasses.)
Posted by Hank Greer at 6:33 AM

Hank: what a delight to get such a wonderful family update on graduation. Great pictures and great tribute to Josh...

Haven't seen you for a while... You're a little gray-er than I remembered. I wonder why...

That was beautiful, of course.

One of my friends and I had a great laugh over the "Rabble Rabble Rabble" incident. So he's not only a legend up there, but he's spanning Southern California, too.

Shan: Thank you very much.

Hank,
Touching, thoughtful tribute. Damn fine piece of writing, I enjoyed the read very much. Best of luck to Josh on his next step, I have no doubt you've prepared him well.

This is such a nice piece--the things we find out about our kids "later!"

Josh: Best of luck at the U! (Even though our household is heavily ND Irish, one of my kids is a Husky grad-- "go Dogs!")

Thank you. I'm glad you enjoyed it. I hope you hear more about Josh in the future.

To this day I can still surprise my mom with stories of stuff I did that she never heard about.