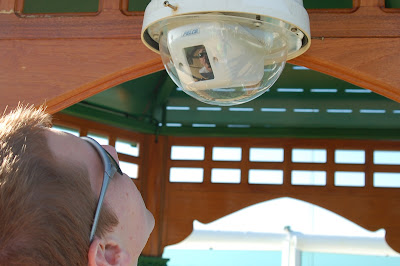 There are many interesting and outrageous examples of irrational, fear-driven behavior in the report which includes three incidents in Washington state. An anti-war activist reported to have "three known anarchists" in his car. An artist arrested for taking photos of power lines. And a Fort Lewis civilian working in law enforcement who passed himself off as an anarchist in order to infiltrate an Olympia-based anti-war group.

And then for those that do make it to a protest, there's the Miami Model to worry about.
Posted by Hank Greer at 3:52 AM