Possibly Coming To A Bigoted State Near You

The State of Minnesota is about to become the 12th state to legalize same-sex marriage.

According to Congresswoman Michelle Bachmann: 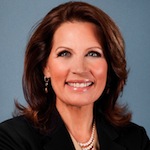 "The Bible is very clear on this issue," she told KSTP-TV this morning, "Homosexuality is a sin, and God will punish communities that support it."

"Sodom and Gomorrah thought they could defy the will of God - and we all know what happened to them. If the governor signs this legislation into law the Minneapolis-St. Paul region will be next."

That means eleven other states, including the dear-to-my-heart (hand over my heart and head bowed) Evergreen State, which she believes to be under threat of destruction by God are safe--from Michelle Bachmann. Yes, she's threatening to leave Minnesota should the governor sign the bill. The good news for us is that she won't be moving here.

She may get tired of moving over the next few years.
Posted by Hank Greer at 8:26 PM

The Sodom-Gomorrah Metropolitan Region Development Council (SoGo) has passed a resolution advising the Twin Cities to take Ms. Bachmann's claims with a pinch of salt.

A pillar of salt, even.

Bible or not, she's not going anywhere.

So, in order to avoid God's wrathful volcanoes and earthquakes, Bachmann says she's moving from the seismically polite Minnesota to...Oregon??

Maybe she could get a nice cabin on Crater Lake and think about that logically.

If Bachmann is Coulter's drag persona, that could add another to layer of credibility to Coulter's "outing" of Marcus Bachmann.

Maybe the "Judy Garland of the right wing" is actually BOTH Marcus and Michele.

The two shall be as one! Now, that's deviant.

Alas, the story of Bachmann moving to Eugene was but a fantasy tease.

I was so hoping to see Bachmann twirly-dancing at the Oregon Country Fair, painted, high, and topless.

Is there any hope that the Libya, IRS, and AP stories are also satire?

This week all the papers read like the Onion.

My favorite is Holder "recusing" himself from the AP spying scandal. Let's all try it!

"It's not my fault, Teacher. I recused myself from the homework process."

"But officer, I recused myself from anticipating the effects of drinking vis-a-vis my driving."

"You can't try me for this crime, judge, I've recused myself from this trial."

Recusal? Goddamit why didn't I think of that? I hadda wait for that goddam Ford pardon? Shoulda RECUSED myself. Goddamit.

I have never been a quitter. To leave office before my term is completed is abhorrent to every instinct in my body.

Therefore, I shall recuse myself from responsibility for any decision I have ever made, effective at noon whenever.

The Watergate story worked well because it had a cartoon story at its core--the break-in--that linked to, and could stand in for, larger issues. The media got to present themselves as both victims and heroes (writing the story became the story), and feds were at war with each other (Deep Throat) providing revelations. It was impossible not to root for the neatest conclusion--the President's direct involvement. At that time, of course, people already had the now-quaint notion that a President was responsible, even if not guilty, and the buck stopped in the oval office.

The AP story has many of the same elements. Easily understood complaint, link to larger issues, victim/heroic (and nostalgic) media, and,in the background, federal officials missing the informal leak process. Particularly so given the White House itself releases 'official' leaks (eg the drone white paper) that never get investigated. Interagency disputes no longer air out in the right hand column of the Times, and it's a pressure cooker of resentment.

Interestingly, Obama and Holder are hiding behind Watergate era reforms that increased the indepence of agencies. Can that work? Do our votes mean nothing? The balance seems far out of whack when an AG recuses himself from knowledge of "one of the biggest" investigations of the Justice Department.

But also gone is the Special Prosecutor.

It really seems that now the executive can pick and choose when to take responsibility, and when to dump responsibility on lower level managers. And of course Obama can always play the national security card--total power with zero oversight.

Is Obama saying that entities within the federal government can violate civil liberties independent of the White House national security apparatus and/
or political oversight? This is in fact a crucial step in the development of totalitarian societies--independent, politically unaccountable quasi agencies for surveillance and intimidation. Obama and Holder's recusal defense apparently rests on this new "independent contractor" spinoff of national security doctrine.

I guess that's what he meant by a "new era of responsibility."