Obama's State of the Union speech was just as well crafted as it was presented. I liked how he expressed his disapproval to nearly everyone in the chamber. He is a very good speaker, but the jury--well, at least my jury--is still out on his leadership.

He has had a funny way of taking on health care reform. Instead of presenting a bill, he allowed three different committees to formulate their own. The sausage making process was allowed to move forward and he essentially sat on the sidelines while congressmen, senators and lobbyists chopped away until health care reform looked nothing like what this country needs. And now, months later, he's serious about it. I don't know.

His proposal to freeze spending is missing a huge opportunity. Thanks to our fear, and those who take advantage of fear mongering, our defense budget has become the third rail just like Social Security used to be. It's bloated and free wheeling. To do something about it is not politically feasible because anyone doing so would be characterized as wanting to invite terrorists into the country with nuclear weapons. So while Obama may have chastised members of Congress for being primarily interested in staying in office as opposed to doing what's right for this country, this is one point where I think he's not stepping out, too. 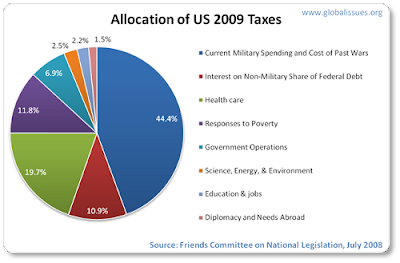 If we were serious about reigning in government spending, we would take a hard look at our defense bill. Otherwise, this proposal is akin to a homeowner cutting back on water, food and electricity while spending freely on guns, ammunition, fencing, cameras, motion detectors--well, you get the picture.
Posted by Hank Greer at 8:26 PM

I faithfully watch each SOTU speech, although I tend to view the tradition that has been ongoing since presidents starting giving a SOTU speech in person instead of sending their report to congress as more show than substance.

Who really remembers what was said and promised a year ago or five or ten years ago and how many of those words actually turned to action?

Thanks to the youtube we can remember them better.

But you're right. It's mostly political theatre. I think Jimmy Carter was the last president to submit a SOTU in writing.