Reaching The Age Of Majority

Eighteen years ago today, a child was born in Montgomery, Alabama. Kathy and I named him Joshua. (We almost named him Creighton. Whew!) Josh has been a fun child. 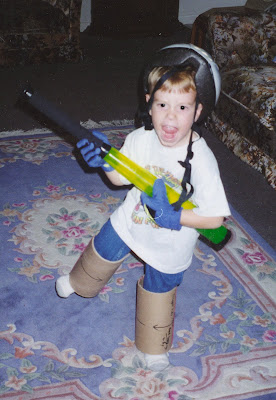 His imagination knows no bounds. He could have fun all day with a couple of cardboard tubes, a bike helmet, a plastic bat and a pair of gloves. 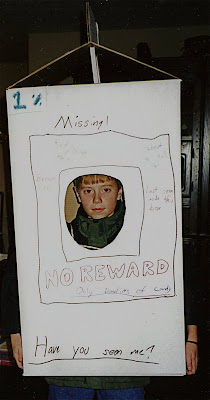 As you have seen before, he comes up with some clever ideas. He is legend at Farwell Elementary and Northwood Middle School for his quiet yet effective antics. If you got into trouble during recess at Farwell, you were made to stand by "the wall" and watch while the other kids played. Josh would stand by the wall just for the heck of it. When asked what he did wrong he would answer, "Nothing."

"Don't lie to me," the recess monitor would say. "I know what class you're in and I can find out."

At Northwood, his class went to Finch Arboretum where each student had to collect five items with which they were to make a collage with, the idea being they'd gather leaves, pine cones, etc. One of the items Josh gathered was a huge stone. He, along with his classmates, dutifully glued their leaves and such so they could be displayed. While the other students' collages were pinned up on the wall, Josh's became the doorstop. After that his teacher clarified the rules so that all the items had to fit within a zip lock bag. 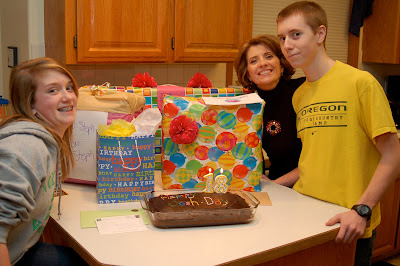 Awwwww. Happy Birthday Josh!! (And lol @ the stone being glued. That sounds like something my youngest would do, who is still blessedly 7 years old. Another 11 years before I have to say she's all grown up!!)

And congrats, Dad, on making it this far, lol.