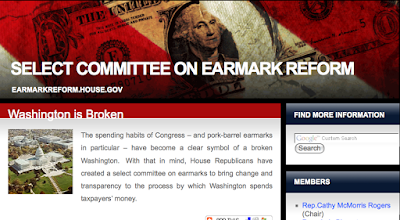 In December of 2008, Cathy McMorris Rodgers was named the chair of a the Select Earmark Reform Committee.

McMorris Rodgers will lead the committee as it relies on input from House Members and the public to develop an earmark reform proposal by February.

That was February of 2009. A year later and still nothing. The committee's website hasn't changed a bit, but it still announces that "Washington is Broken". Very insightful. Click on our congresswoman's link and you get this: 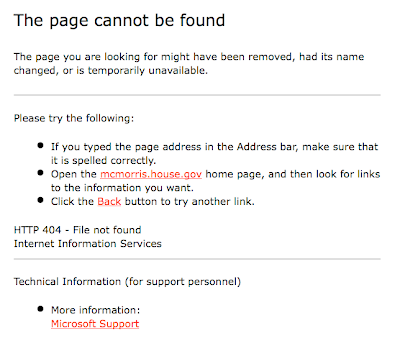 So it looks like the earmark reform proposal isn't the only thing you won't find. And there's more broken in Washington than meets the eye.

It's just politics, folks. You didn't really expect something to happen, did you?
Posted by Hank Greer at 9:52 PM