Check Out The Top Tier

According to Fox News, Michelle Bachmann just nailed her top tier status as a presidential candidate. If only we were that lucky.

Here are the result of the Ames Straw Poll in which any Iowa resident who will be 18 on or before November 2012 can pay $30 to attend this Republican Party fundraiser and vote for their candidate.

Wow, no votes for Rick Parry. Looks like the Colbert Super PAC financial influence was a swing-and-a-miss this time.

Looking over the top tier candidates, I have to say it's just as laughable as it is sad that these are the best people the Republican Party can come up with. In the past we had perennial candidates like Lyndon LaRouche and Gus Hall who were out there on the edge. They were easy to mock, "Those wackos don't have a chance."

Today it's, "One of these wackos could be elected President?" 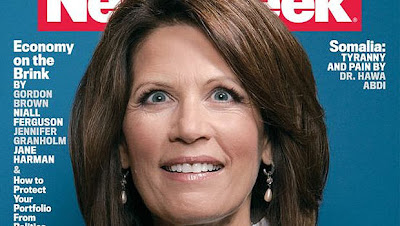 Can't wait to see that on the three dollar bill. Oh, wait.
Posted by Hank Greer at 5:45 PM