I told Pat I was interested in learning more about Fat Bikes and he obliged by setting up a ride for today. Dave and Aaron answered Pat's call and showed up with their fat bikes. John, Justin, Abel, and Joe joined us on mountain bikes. Pat brought his mountain bike and was gracious enough to let me ride his 9Zero7. Around the halfway mark Aaron let me ride his Surly Moonlander. We spent a little over two hours on the Riverside State Park trails. Since the fat bike tires don't sink as much in the snow I think I had an easier time riding through the deeper snow than most, but I still managed to go off the track a couple times. It was great fun. Thank you, Pat, for putting this together. 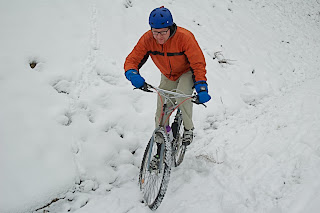 Justin displaying his mastery of squirreling through snow. 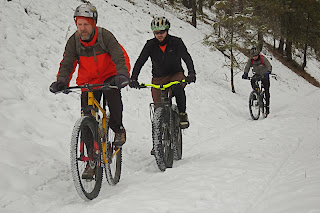 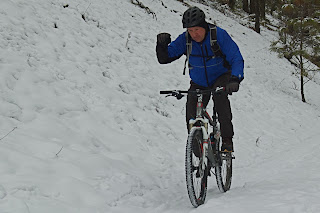 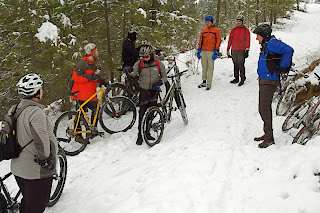 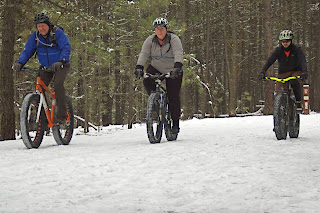 Fat Bike or Mountain Bike? What to buy first? Hmmmm...

They could be one and the same....