Watching the movie Super Size Me six years ago reinforced my feelings about how disgusting and unhealthy fast food is, which was actually something that took me some time to learn on my own. One point Morgan Spurlock brought out in the movie was the increasing obesity rates in America.

Now we have a new report on how obesity threatens America's future from Trust For America's Health.

Obesity is related to more than 20 major chronic diseases. Currently, one in three adults has some form of heart disease, more than 80 million Americans have type 2 diabetes or are pre-diabetic, and obese children are more than twice as likely to die prematurely before the age of 55 compared with healthy-weight children. 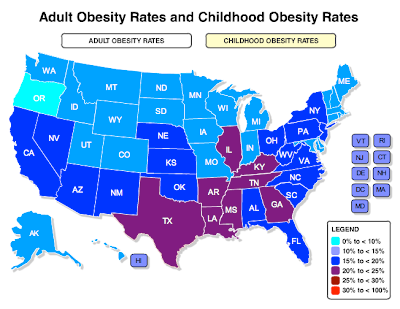 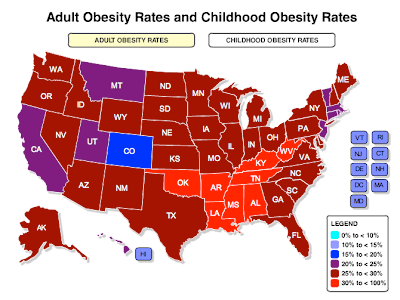 Email ThisBlogThis!Share to TwitterShare to FacebookShare to Pinterest
Labels: health

I've said for years: "they" won't conquer America with guns or bombs; they'll use fast food and TV/internet.

Hank--I was so excited to read your response to the "Odd" prompt on TOMW. I started running 8 months ago and just this week have ventured into the world of barefoot running. I already LOVE it and while I know I need to make the transition slowly, I can't wait until I can do my 3-4 mile runs barefoot...then my long weekend runs too. I plan to get some Vibrams to use as necessary but for now am learning "au naturale."

I've been blogging about it on my running blog, C. Beth Run and have set up a post about it for tomorrow on C. Beth Blog too.

Really excited to be in such great company! :)