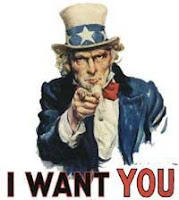 The Air Force wants retired rated officers to come back.

The rapid expansion of unmanned aircraft systems and other emerging missions and rated officer requirements has created an Air Force demand for experienced, rated officers. To meet these critical shortages, the secretary of the Air Force has initiated a Voluntary Retired Rated Recall Program.

Pilots, navigators, and air battle managers who retired as a lieutenant colonel or below, and who are younger than 60, may apply for the program. Officers recalled under this program will be used in myriad positions including intelligence, surveillance and reconnaissance, rated staff, and other rated requirements. Officers will be recalled for between 24 and 48 months depending upon the requirement.

Officers recalled will not be eligible to receive aviator continuation pay. Also, by volunteering for recall, officers become eligible for deployment.

So if you don't have any qualms about getting your groove on, there may be a joystick and a battery of monitors in your future if you're a retired rated officer.
Posted by Hank Greer at 6:11 AM