Stephanie and the Taekwondo demo team had a demonstration at the Spokane Walk to Cure Diabetes in support of the Juvenile Diabetes Research Foundation this morning at Riverfront Park. There were several booths where the walkers could collect swag and food. 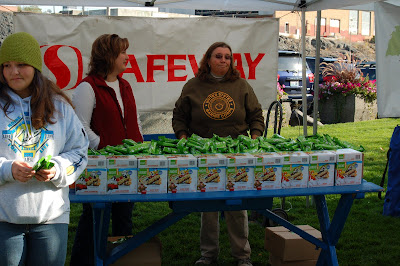 Safeway had a booth where they were giving away granola bars that are part of joint effort by Safeway and Warner Brothers called Eating Right Kids in which they use cartoon characters to promote healthier foods.

"We've cleared the market of anything that might be considered unhealthy," said Brad Globe, prexy of Warner Bros. Worldwide Consumer Products. "Our Looney Tunes characters are our crown jewels. We said, 'Hey, we need to figure out how we can be part of some kind of solution and use our characters in a positive way that will improve the issues related to childhood obesity.'" 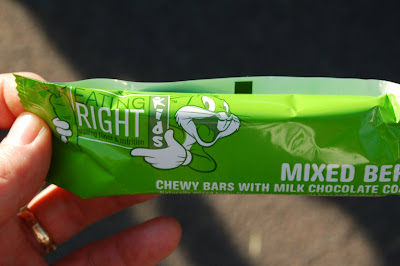 There's no doubt it's targeted for kids. Then I had a look at the ingredients. 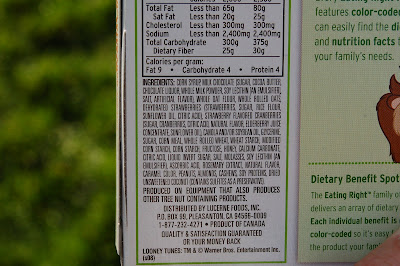 Corn syrup is number one.
Let's hear it for another corporate contribution to juvenile diabetes.
Posted by Hank Greer at 10:31 AM

Email ThisBlogThis!Share to TwitterShare to FacebookShare to Pinterest
Labels: food