This Road Closed sign at the bottom of Lidgerwood where it becomes Mayfair has been an issue a couple of times over the past year because it occasionally gets pushed into the bike lane. I had to call the street department again a couple weeks ago because someone pushed it to the side of the road so that oncoming traffic, should they not notice the other No Entry and Wrong Way signs, would drive up Lidgerwood against the flow. The street department fixed it right away. 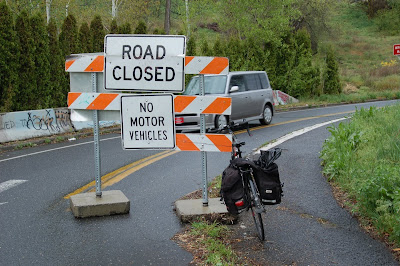 Here is what it looked like after it was moved back in April.

Today the street department went crazy on this section of roadway. 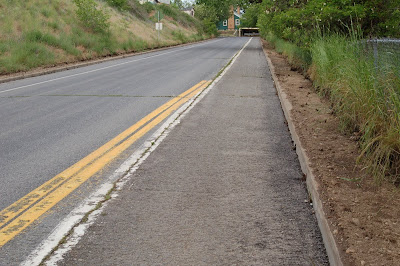 They either scraped away the soil or roto-tilled it on both sides. 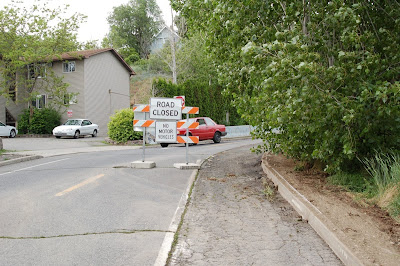 And they moved the sign again. What's puzzling is that it's farther down the roadway forcing residents of that apartment building to drive into the oncoming lane in order to turn left into the parking lot. Unless they are now being required to go home by coming down Lidgerwood.
Posted by Hank Greer at 7:01 PM