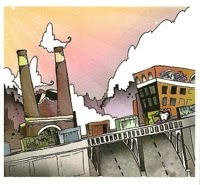 Who would've guessed not very long ago that an enterprising young man introducing a monthly outdoor recreation publication to his hometown would run for office and get elected to the city council. This evening Jon Snyder was sworn into office. Former Spokane mayor Sheri Barnard, speaking before the swearing in, explained that--as happened to her when she was elected to the council--since the current council member was appointed then Jon was to take office right after the election was certified. 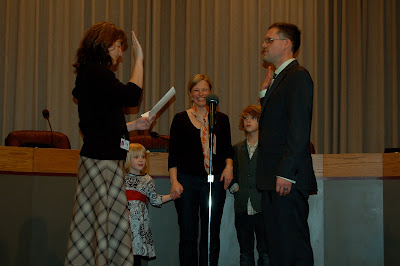 With his wife and children looking on and plenty of supporters and friends in attendance, Jon took the oath. Afterwards he gave a speech in which he highlighted the need for, and importance of, community involvement from everyone. 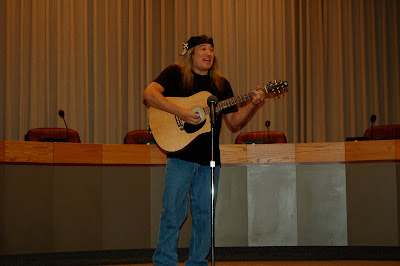 Jim Boyd played a song appropriately named "Unity" as he had everyone singing along. The vibe he generated in the room was really cool. 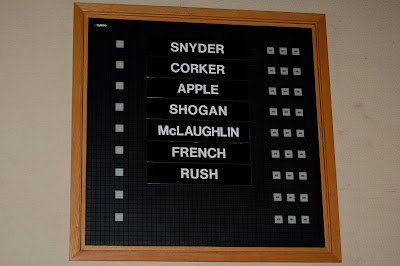 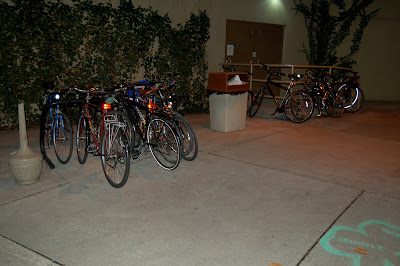 Soon to be a common sight at City Hall. One of Jon's first jobs may be to get an extra bike rack installed. How appropriate that Jon gave out spoke cards--first and last graphic in this post. 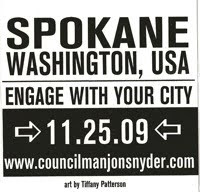 Okay, Councilman Jon Snyder. Show us what you did this for.

More photos of the ceremony are here.
Posted by Hank Greer at 8:19 PM