Playing With My New Toy

Good boy that I am, I was the lucky recipient of a Nikon SB-600 flash for my camera. 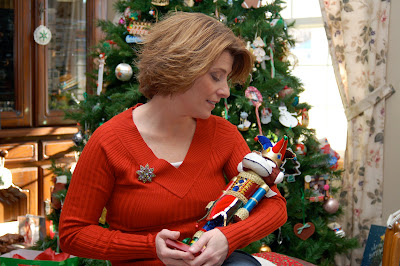 Kathy looks loving at a most "interesting" gift given to her by my sister Judy. Don't you wish you had one? A sister, Judy, I mean, who would bestow upon you such treasures as have never been seen before. 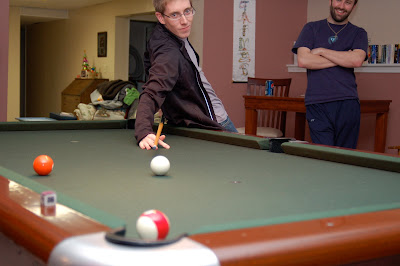 Don't let Geoff's professional look fool you. He thinks you're supposed to shoot like this for every shot. 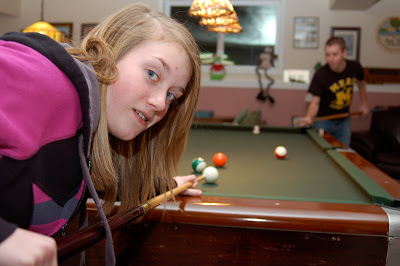 After blinding Steph with this shot she blamed me for missing hers. 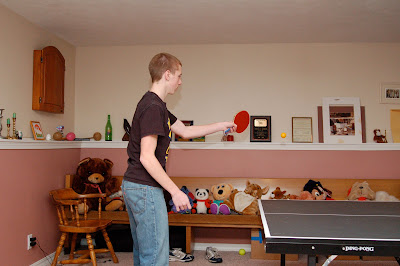 Here's Josh using his Jedi mind tricks to throw his opponent off by causing the ball to hover in mid air. It was a blatant foul and called as such.
Posted by Hank Greer at 9:17 AM