Cathy McMorris Rodgers has a constituent survey for us to take. While I appreciate her asking for feedback, she presents issues as if they are clearly black and white and doesn't take any nuance into account. Have a look. 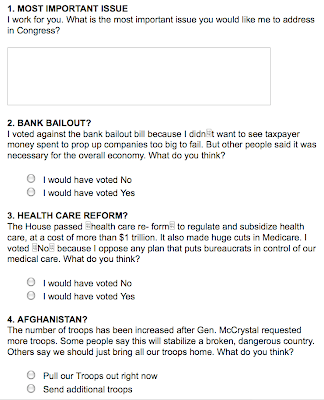 I get the impression she's looking for validation for the positions she took on her bailout and health care reform votes. Afghanistan is far more complicated than choosing between increasing and withdrawing troops. 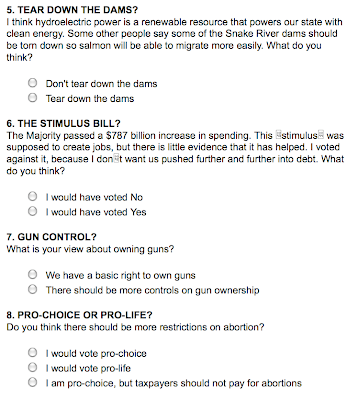 "Some people say" is a phrase overused by politicians and cable talking heads. It's a way to insert an argument without any attribution. I think we can own guns and have more controls over them. These two positions are not exclusive of each other.

"Do you think there should be more restrictions on abortion?" As if there aren't enough already. But the choices not only leave out the gray areas in between, they don't really answer the question. 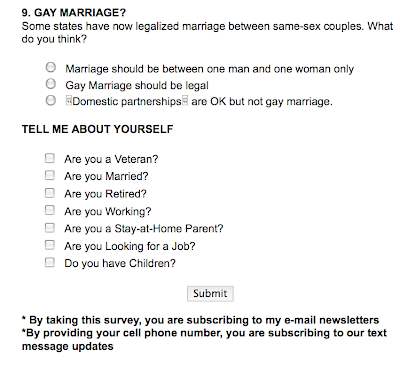 The gay marriage question seems to be the only straightforward question on here. In true free market spirit by providing your email address you agree to sign up for email notices. Not a big deal. But I'm not providing a cell phone number so I can pay for receiving text messages from the good congresswoman. I can't think of anything that requires that sense of immediacy and urgency.